After yesterday’s resurrection to the blogosphere I had trouble getting to sleep. Ideas running about my head, excitement, all of that. I planned to do a Flash Fiction on the weekend and restart my manuscript on Tuesday. But whaddaya know – here I am, Flash Fictioned and active.

I’ve said before and I’ll likely say it again. Chuck Wendig at Terrible Minds poses the best Flash Fiction challenges on the interweb, and they need to be submitted on a Friday. So his challenge this week was to choose from a list of 10 reader-generated sentences to use as your first line. I chose one but then for added bonus points, in a competition that has none, I used the themes and lines from a number of the other sentences.

Hopefully this goes some way to explaining the strange and somewhat dark story I’ve produced. I really do like rabbits and orangutans, in fact we’re planning a trip to Borneo as we speak.

Here’s the Flash Fiction link and below are the sentences I used for inspiration and in the story were:

“Once upon a time, there was a story so short, it was only a single line.”

“Life was easier before killing all the rabbits.”

“They never did find the orangutan.”

“Truth be told, I’m not sure any of them are actually dead.”

“Cristobal climbed the ladder of arteries to the first universe that looked like it held more wonders and mysteries than the last.”

“And then, being mindful not to spill my tea, I eased into the tartan embrace of Endolyn Muirden’s least offensive armchair, and settled back to watch him die.”

And someone named Squishy had this which I loved “That plan didn’t fly, superhero, and now we’re short a bazooka.” But I didn’t use it, so instead I stole his/her name.

So I’d like to say enjoy, but perhaps appreciate would be a better:

Once upon a time, there was a story so short, it was only a single line. This isn’t that story, in fact it’s barely even related to that story. And, while I’m not usually a betting man, I’ll wager that pretty soon you will be wishing this story was far more like that single line anecdote. But your wishes are nothing compared to Endolyn’s, if wishes were rabbits then Endolyn would…well he’d still be in a dire way, his life was easier before all the rabbits were killed. Let’s face it, who’s wouldn’t be?

I am an easily distracted writer, one of the best bits of advice I read, recently anyway, was 'You're already not published, what's the worst that could happen'. So here I am, putting it out there, feel free to follow the ride of this manuscript and potential book. View all posts by alreadynotpublished

2 thoughts on “Those dastardly rabbits!” 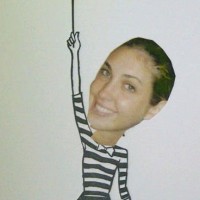